Only a few years ago brain stimulation was a closed playground. It was destined for cutting edge science and research. However, today, general wellness devices can stimulate your brain and help to boost your mental acuity right at your home.

Brain wellness is garnering a lot of attention over the recent decade. Even younger adults, those under forty, are interested in supporting their brain. This interest is not without bases. Thus, statistical data is painting an unpleasant picture that shows proliferation of dementia in our society. That is a strong enough stimulus for fear to trigger a sympathetic response in the brain. Truly, the perspective of suffering through dementia is not a particularly appealing scenario for anyone. No wonder people are searching for ways to support and help their brain. 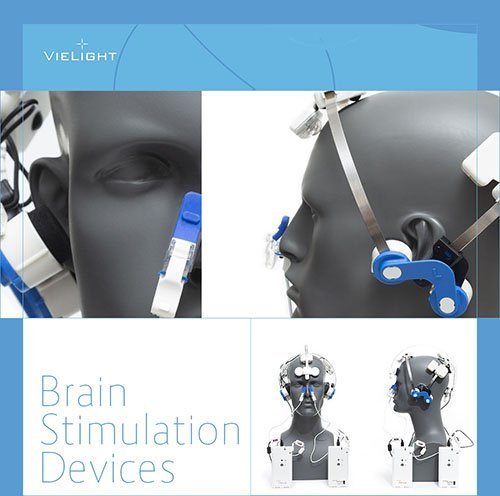 Among options available to support brain wellness, brain stimulation devices are the newest category of products. Some of them are medical devices and some are general wellness devices. The latter category is of main consideration for the purpose of this article.

Even for those with highly consumerist attitudes and high expectations, it can be hard to imagine that a small and strange-looking contraption can stimulate the brain. Furthermore, some brain stimulation devices can do it anywhere. Thus, no need to go to a specialized laboratory or some other dedicated facility.

For example, you can simply pop the device on your head, press a button, and off goes a brain stimulation session. Moreover, no drilling required, so the number of holes in your body will not increase. You can also preserve your lovely skull in its original shape, which is likely an important factor for many.

Funny things aside, the fact that today anyone can purchase an at-home-use brain stimulation device has to be awe-inspiring. A specialized consumer device that can deliver neural stimulation in an unsupervised, self-administered session is worth appreciation and continued research. That is exactly what Vielight and many researchers do.

Furthermore, speaking about such devices, it is important to note that Vielight is a leading designer and manufacturer of brain stimulation devices. The Vielight devices utilize near infrared light (NIR) to reach and stimulate the brain transcranially.

However, brain modulation has somewhat different connotations. Unlike the other terms, it implies the process of changes to the brain, and not just of its stimulation. Thus, Vielight tPBM devices do both, brain stimulation and brain modulation.

At this point you might have questions about how brain stimulation translates into brain wellness. A simple answer is stimulation presumes that something will happen to change the status quo, or the current state of something. In this case the brain is the subject of change.

For example, some of you may have experienced slower reaction and some sort of decline in mental focus. Such changes could happen because some of the neurons may become hypoxic over time. There can be a number of reasons for such changes. Natural aging of the brain is one of them.

When this happens, your neural networks may not function as well as they once where. In this case, the focus of brain stimulation could be on improving mental acuity. Thus, a tPBM device could help to stimulate the neurons in the brain. Following stimulation, some of the hypoxic neurons could become more active. They can start firing again and participating in the creation of stronger neural networks. Consequently, this type of brain stimulation can provide support for the brain. It can also lead to improvements in mental acuity and overall brain wellness.

However, it is important to note that this form of brain stimulation in not medical. This means that it is not intended to cure an illness or its specific symptoms. On the other hand, the goal is to provide support for the brain, improve mental acuity and to delay brain’s aging.

The devices that can offer such stimulation fall in the category of general wellness devices. These are not medical devices. Of course, there are other forms of brain stimulation and neural modulation. Some of them can support general brain wellness, others have medical use, yet there are those that can do both. However, that would be a subject for another article.

As you may recall from the above, a big thing about modern brain stimulation devices is their simplicity of use. On the one hand, new technology is very sophisticated. On the other, it allows to simplify many functions. It is also conducive of compact product designs, which can comfortably fit with any settings of a personal dwelling. After all, you would only need a small footprint to put the device on. It can be not much bigger than the size of a book. Furthermore, the latest brain stimulation devices can be also so simple in exploitation that anyone can use them at home.

For example, Vielight products are known for their simplicity and one-button-push operation. This is manageable even on the days when you are very tired or have little energy. No need to deal with complex contraptions or unruly technology. Instead, the Vielight device offer simple design and one button to press to start brain stimulation and neural modulation.